We’re pleased to announce the start of our next book discussion, which will be on Holidays after the Fall: Seaside Architecture and Urbanism in Bulgaria and Croatia, edited by  Elke Beyer, Anke Hagemann and Michael Zinganel (Berlin: Jovis, 2013).  This volume is a remarkable example of interdisciplinary comparative inquiry into the history of modern and modernist spaces of leisure and joy in Bulgaria and Croatia. The major focus of the book is on the transformation of the built infrastructure of seaside tourism, understood as “a genuinely modern phenomenon” (35), from the 1950s to the present. Looking at the truly transnational experience of seaside holidays as well as the unequivocally international typology of seaside architecture, the volume poses a series of important questions about the nature of state socialism and market economy, the similarities between East and West, and the heterogeneity of the Second World itself. 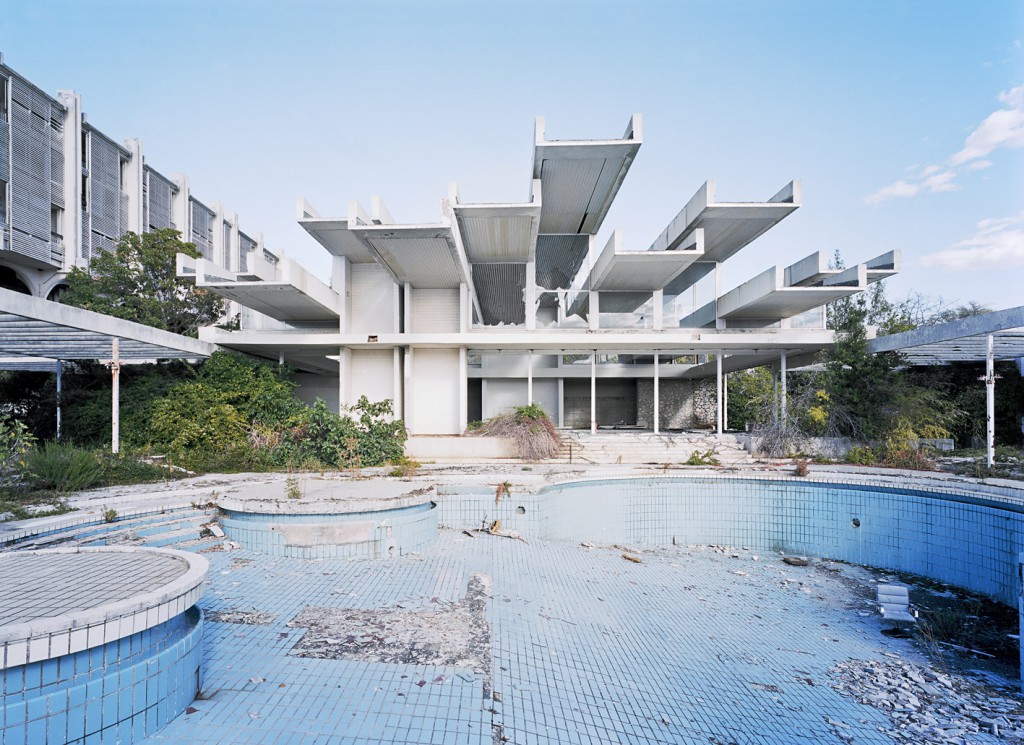 Contrary to the enduring emphasis on fundamental differences between East and West in the scholarly literature, the editors bring to our attention the striking similarities between spaces of leisure conceived in different economic and political settings. What do these similarities mean? The editors argue that the governments of both political blocs were surprisingly flexible and eager to learn from their Cold War rivals. At the same time, the citizens of both blocs also shared a common (universal?) desire of “getting away from it all” (53) that resulted in rather comparable cultural practices and holidays routines. All these forces at play contributed to the production of heterotopia that exhibited similar features. This insight into similarities of leisure spaces and practices across the East-West divide allows us to blur even further the boundary between the First and the Second Worlds and to show how mutually constitutive or transnationally constituted both political blocs were. But this also means that the political boundary that separated these worlds needs to be further historicized and problematized. How do we tackle the contradiction between palpable Cold War tensions and striking similarities on both sides of the Iron Curtain? How do we understand the political rhetoric of global difference in the times of intense globalisation and standardisation of the built environment and everyday practices?

Holidays after the Fall, by no means, suggests that the world was simply becoming more and more uniform. On the contrary, the editors and the contributors alike are very attentive to differences. Selecting Croatia and Bulgaria as two case studies, the editors bring the complex diversity within the Second World to the fore. This comparison raises questions about the potentialities of the Second World. It pushes us to further investigate the multitude of possibilities entailed in the project of building socialism as a global alternative to capitalism, and encourages us to study both roads taken and abandoned at the time (as well as some unexpected turns, such as the history of the Haludovo resort pictured above). By tracing the fate of socialist infrastructure beyond 1989, the volume also attempts to grasp the difference between the realities of state socialism and radical marketization in the Bulgarian case and incomplete privatization in the Croatian case. Again, how do we understand these sharp contrasts between different kinds of state socialism? What does the history of transition to the new world order where market economy is essentially viewed as the only possible modus operandi tell us about the specificity of the Second World political economy and the codex of the planning profession? 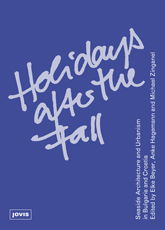 To continue our discussion of Holidays after the Fall, we have invited Anne Gorsuch (University of British Columbia), Carmen Popescu (Université Paris 1 – Panthéon-Sorbonne), and Igor Ekštajn (GSD, Harvard University) to share their questions and observations. The editors Elke Beyer (ETH Zurich/IRS Erkner) and  Michael Zinganel will also contribute to this discussion. And readers of our blog are welcome to post comments on this or other posts.