The Second World Urbanity project held its second conference, “Circulation, Translation, Transition,” from October 10-12, 2014 at the Institute of Art History, Estonian Academy of Arts in Tallinn. Here below are some photographs from the conference proceedings, as well as the bus tour of Tallinn’s socialist past that participants enjoyed on our third day. 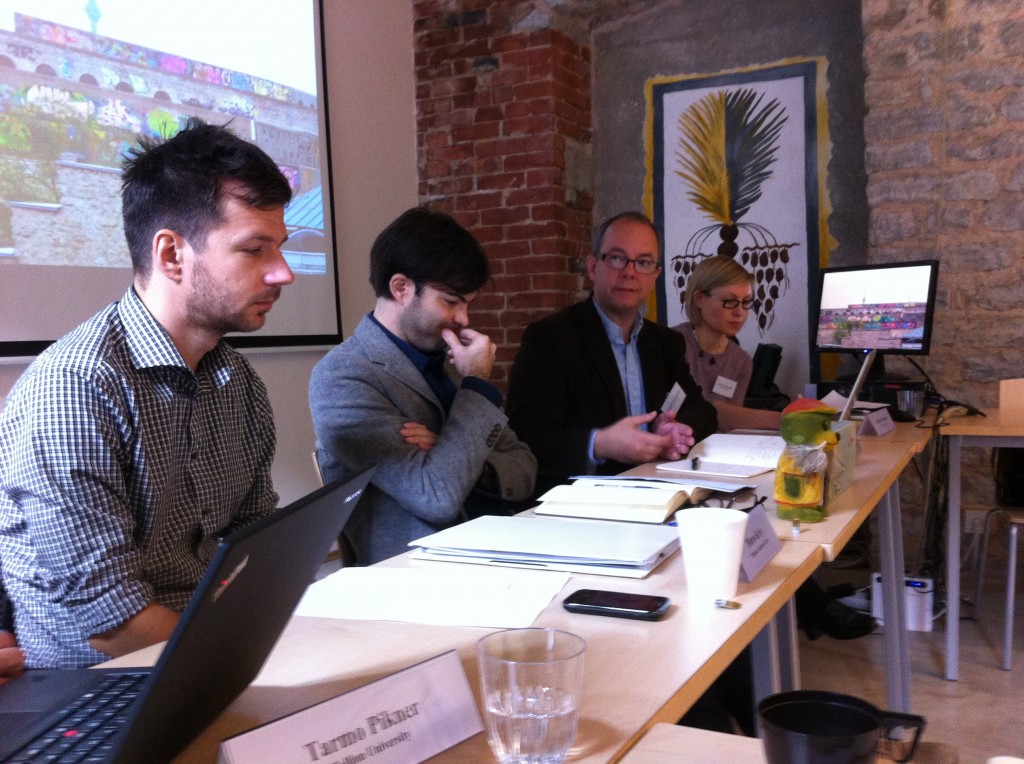 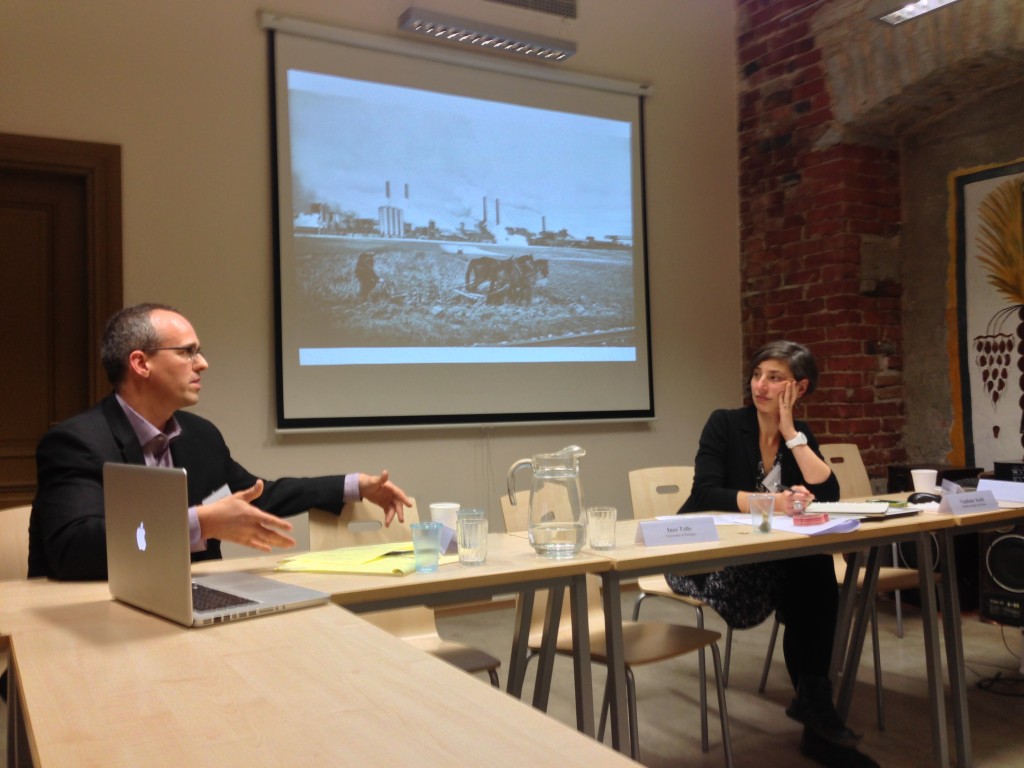 Steven Harris asks Katherine Lebow a question upon conclusion of her keynote lecture, “Was Vienna Red? Is Nowa Huta Green? Plans, People, and the Historical Imaginary.” (photo by Sofia Dyak) 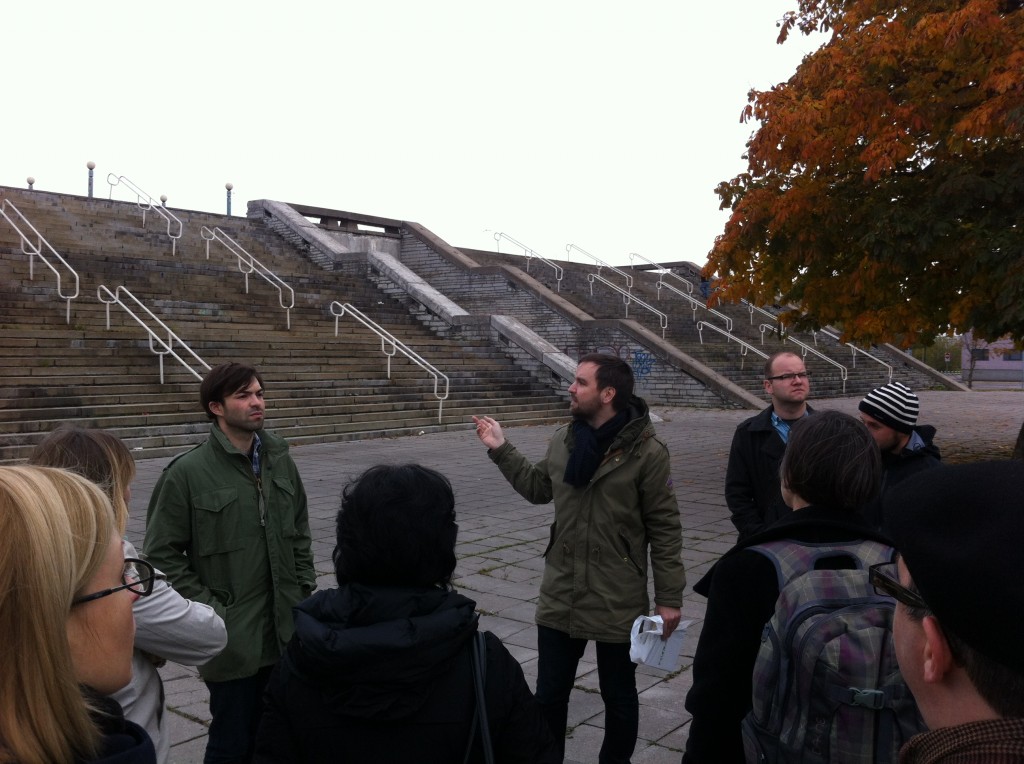 Andres Kurg explains the history of Tallinn’s Linnahall to conference participants on the first stop of the bus tour of the city’s socialist past. (photo by Steven Harris) 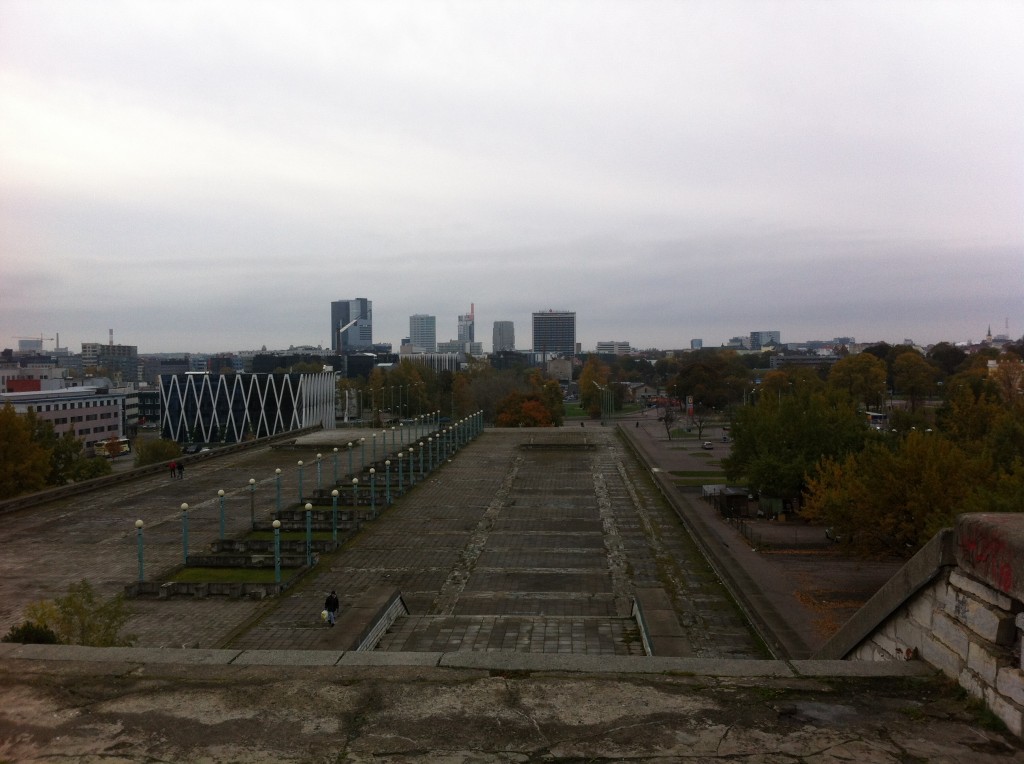 View of Tallinn from the Linnahall. (photo by Steven Harris) 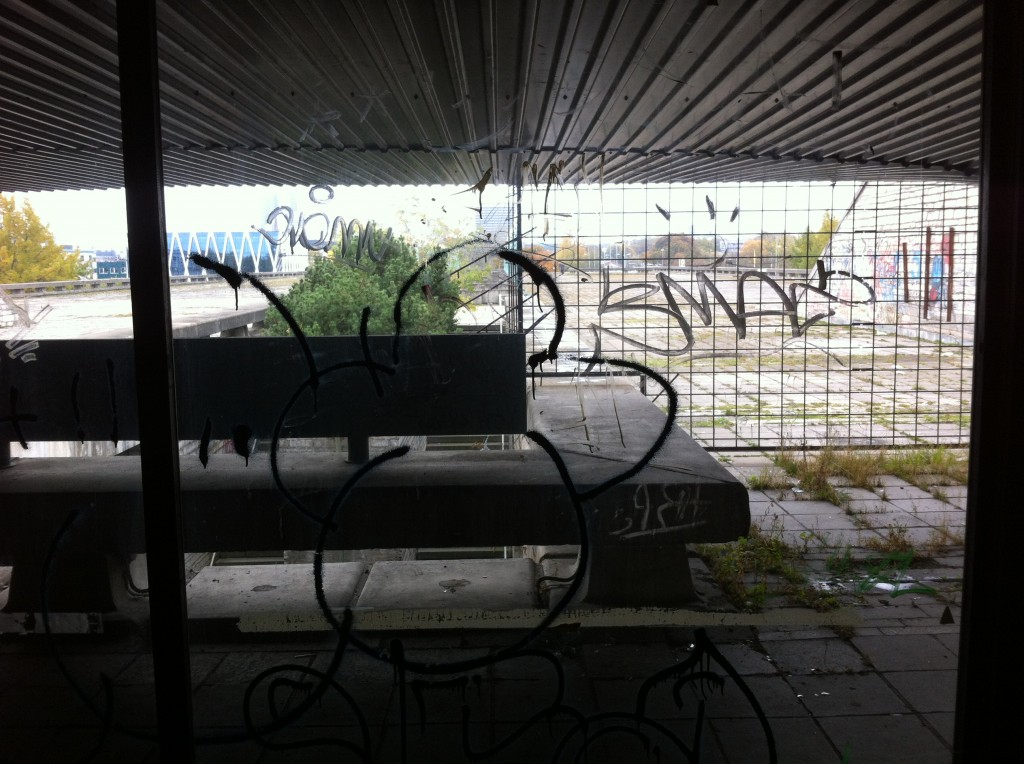 View from within the Linnahall. (photo by Steven Harris) 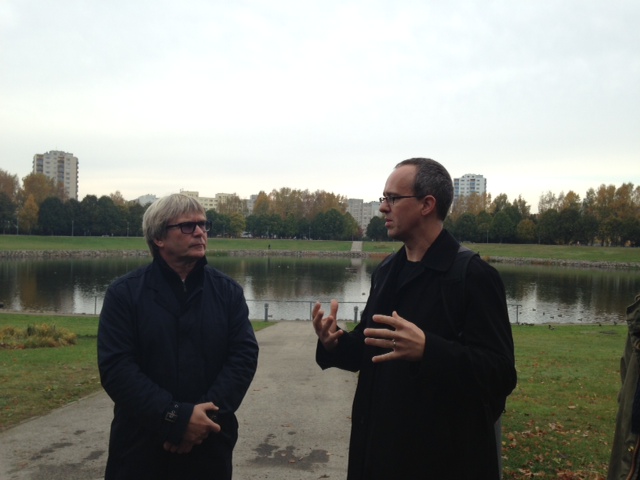 Mart Kalm and Steven Harris discuss cooperative apartments during the tour of Tallinn’s socialist past. In the background is the pond in the middle of the Väike-Õismäe neighborhood. (photo by Mac Mackenzie)

View from the 16th floor of an apartment building in the mass housing neighborhood Väike-Õismäe. (photo by Mac Mackenzie)

Vladimir Kulić on the 16th floor of an apartment building in Väike-Õismäe. (photo by Katherine Lebow) 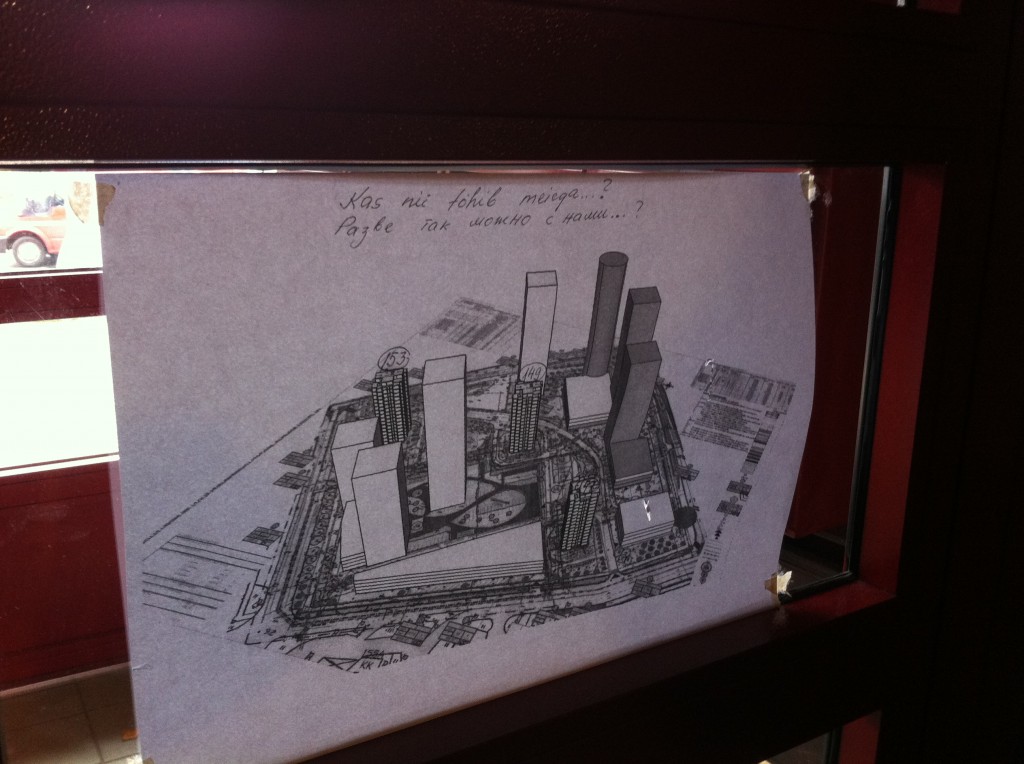 Apartment owners in Väike-Õismäe protest the development plan of new buildings for their neighborhood. The drawing was taped to the entrance of an apartment building and the note at the top asks, “Is this any way to treat us?” (photo by Steven Harris and background information by Tauri Tuvikene)

Panoramic view of the pond in the Väike-Õismäe neighborhood. (photo by Mac Mackenzie)