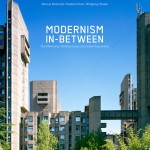 In this beautifully illustrated book, the authors explore how the architects and urban planners of socialist Yugoslavia mediated a range of aesthetic, geopolitical, and national ideologies in rebuilding and forging the urban spaces of post-World War II Yugoslavia. The result was a modernism that was situated “in-between” multiple and often conflicting tendencies, at once quintessentially Yugoslav in its diversity and innovation, and representative of the larger tensions that informed socialist architecture and urban planning throughout the Second World. Indeed, the theme of “in-betweenness” is central to our study of urbanity in the Second World, making this book an ideal starting point for discussion. Juliana Maxim (University of San Diego) and Virág Molnár (The New School) will lead this first discussion. Readers are invited to submit comments to the posts below.